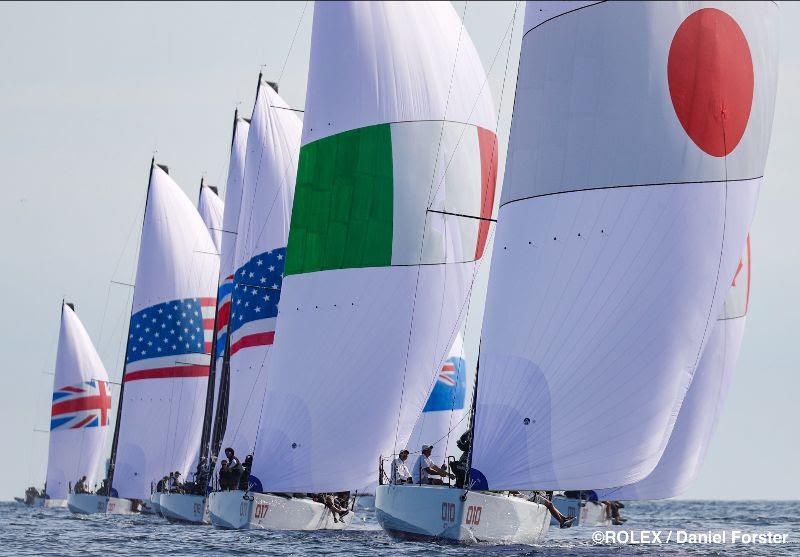 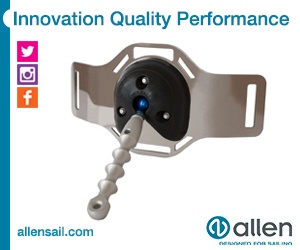 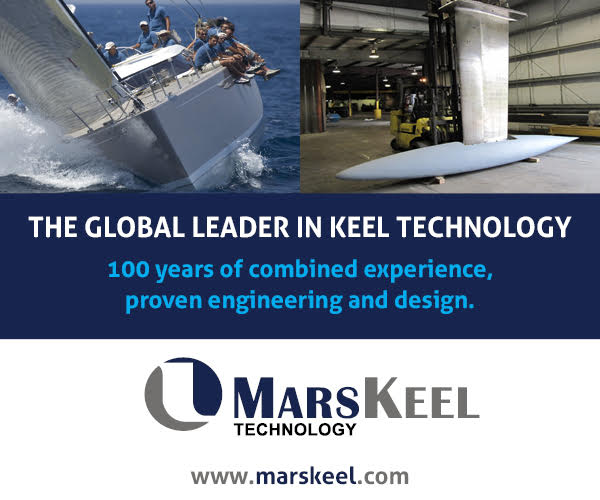 How to balance risk against reward is always a key decision early in a regatta. That applies double for the Rolex New York Yacht Club Invitational Cup where the unique nature of the event means there’s no reliable pre-regatta form guide. In a few days, we’ll know which teams came prepared to win and which are a little off the pace. But for the start of Race 1 earlier today, there were 20 contenders of unknown caliber attacking the starting line.


A good start was important. But the risk of a bad start outweighed getting too aggressive. Three teams pushed too hard, starting a few seconds before the gun and then having to turn around and re-start, a painful process in the light winds. The Japan Sailing Federation (JSF) picked an uncrowded part of the line, timed it perfectly and leapt into the race with good pace and a large lane. That often translates into a great race, and that’s exactly what happened. The JSF led at every mark and took a 1-minute win over San Diego Yacht Club, with the Yacht Club Costa Smeralda and Yacht Club Italiano rounding out the top four.


The Rolex New York Yacht Club Invitational Cup is a biennial regatta hosted by the New York Yacht Club Harbour Court in Newport, R.I. Since the event was first run in 2009, it has attracted top amateur sailors from 43 of the world’s most prestigious yacht clubs from 21 countries. After five editions in the Swan 42 class, the 2019 event will be sailed in the IC37, designed by Mark Mills and built by Westerly Marine in Santa Ana, Calif., and FIBRE Mechanics in the United Kingdom. The strict one-design nature of this new, purpose-built class combined with the fact that all 20 boats are owned and maintained by the New York Yacht Club, will ensure a level playing field never before seen in amateur big-boat sailing. The regatta will run through September 14. A broadcast on Facebook Live and YouTube will allow fellow club members, friends, family and sailing fans from around the world follow the action as it happens. Twenty teams from 14 countries and five continents will compete in the 2019 Rolex New York Yacht Club Invitational Cup.


The first day of racing got off to a slow start as the breeze refused to fill until nearly 3 pm and even then it was just into the range of sailable conditions. In those conditions, getting off the starting line cleanly, and with some space in which to maneuver, are paramount. Eiichiro Hamazaki, the skipper for the Japan Sailing Federation, decided to avoid the ends of the starting line and find some space in the middle.


“We didn’t want to take risks in the beginning of the series,” he said, “so I tried not to start based on the conditions, we tried to start in the middle. We knew the wind would shift to the right from yesterday’s experience. We tried to tack in the beginning in front of the boat that started from the pin end. We got a good right shift and then came [out] ahead.”


The JSF team led around each of the three marks today, but with the wind dipping as low as 4 knots at times, there was no such thing as a comfortable lead.


“The biggest point that I was worried was in the second windward leg,” Hamazaki said. “We covered the second- and third-place boats, which was Italy and Canada, on the left side, but some other boats behind went to the right side and came out ahead and gained bit. Finally we covered San Diego and we maintained top position [on the second downwind leg].”


After rounding the leeward mark in seventh place, San Diego pushed hard to the right side on the second beat and vaulted into second, with the Yacht Club Costa Smeralda, from Sardinia, finishing third.


Illaria Paternoster, the event’s youngest skipper, finished fourth at the helm of the Yacht Club Italiano entry (at right, center).


“It was really good for us because we’ve never sailed this boat before and we are a new team,” she said. “We have a lot of speed during the race. Fortunately we had a good position and were never covered by other boats, so we sailed in clear air. We had the possibility to choose where we wanted to go and sail our own race. It was shifty, so it was important to have clear space near to us to decide where to go.”


Tomorrow is expected to be a significant departure from today’s light air, with the forecast calling for strong southwesterly breezes all day.


Racing for the 2019 Rolex New York Yacht Club Invitational Cup will continue through Saturday, September 14, with a live broadcast of each race via Facebook and YouTube. Racing is scheduled to start at 11 am each day. 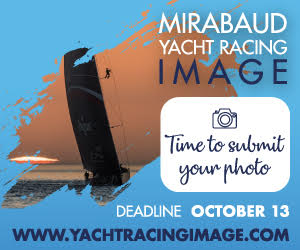 A Grand Designs of the sea: The ‘folly’ of buying a fixer-upper yacht with mates