The Planetary Society’s LightSail 2 spacecraft is celebrating 1 month of solar sailing in Earth orbit. Since deploying its aluminized Mylar sail on 23 July 2019, the spacecraft has spent the majority of its time turning towards the Sun each orbit to get a slight push from solar photons. This has raised LightSail 2’s apogee, or orbital high point around the Earth, by 7.2 kilometers—all without a drop of conventional fuel.

The below chart tracks LightSail 2’s apogee and perigee since 12 July 2019, and highlights the increase in apogee that began shortly after sail deployment on 23 July. We will continue updating this chart daily; it’s also displayed on our Mission Control page.

This chart shows LightSail 2’s orbit apogee and perigee since 12 July 2019. Sail deployment occurred on 23 July 2019. The entire dataset can be downloaded here.
The Planetary Society / Data courtesy of NXTRAC

LightSail is a citizen-funded project from The Planetary Society to send a small spacecraft, propelled solely by sunlight, to Earth orbit.

Last week we published a guide to spotting LightSail 2 in the night sky. Several people from the United States and 1 person from Syria wrote in to say they’ve seen the spacecraft. We also received the first image of LightSail 2 from a ground-based camera! The honor goes to Fabrizio Pinto from Izmir, Turkey. 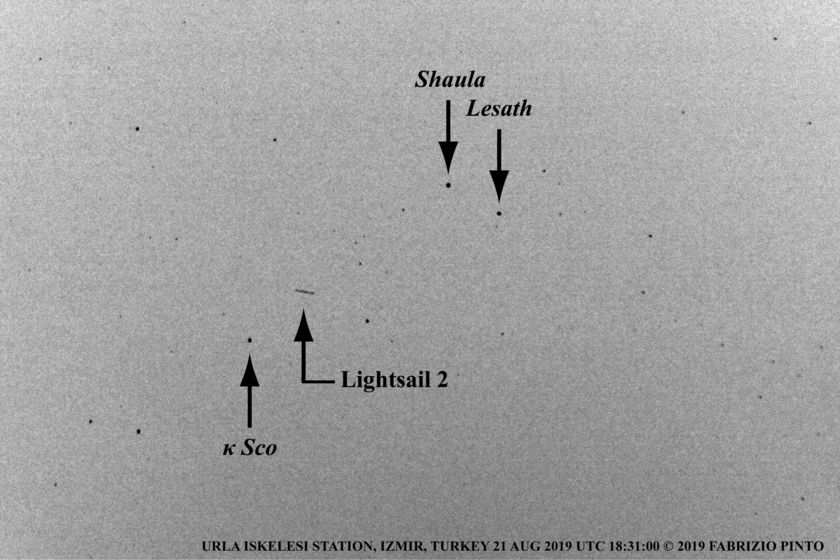 This image of LightSail 2 was captured by Fabrizio Pinto from Izmir, Turkey on 21 August 2019 as it passed through the constellation Scorpius. The image is 1 of 10 shots taken continuously by a Canon 500D Rebel; each was a 1-second exposure at f/4.5, F=149 mm, ISO 3200.

At JPL I did research on, among other things, navigation and flight mechanics of low thrust spacecraft (ion engines) on interplanetary missions, such as Deep Space 1. Therefore I have a natural interest in orbits that evolve under the action of small forces, including solar sails. I also studied solar sails as part of the science definition team of the Interstellar Probe—hopefully your activities will get us there some day!

LightSail 2 has now been communicating with Earth more than twice as long as the LightSail 1 mission lasted from start to finish (25 days). Pre-launch orbital models predict LightSail 2 will remain in orbit roughly a year.

Become a member of The Planetary Society and together we will create the future of space exploration. 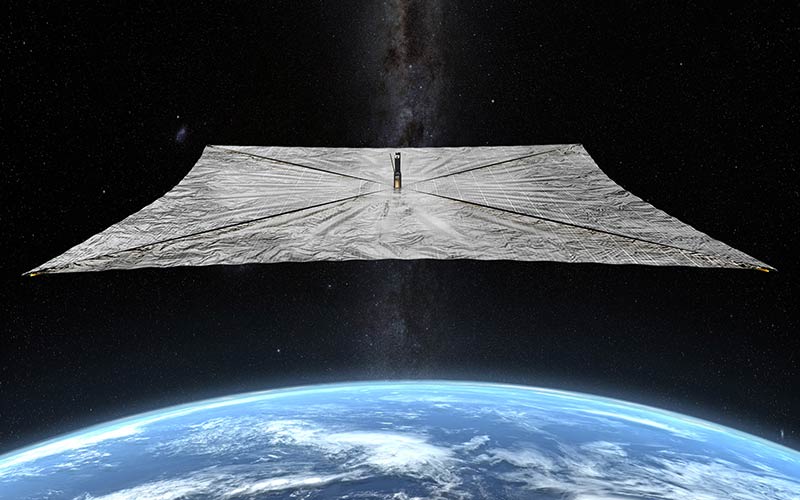 LightSail 2 launched aboard the SpaceX Falcon Heavy. Be part of this epic point in space exploration history!