Brought to
you by the

All the need-to-know deals from across the industry. 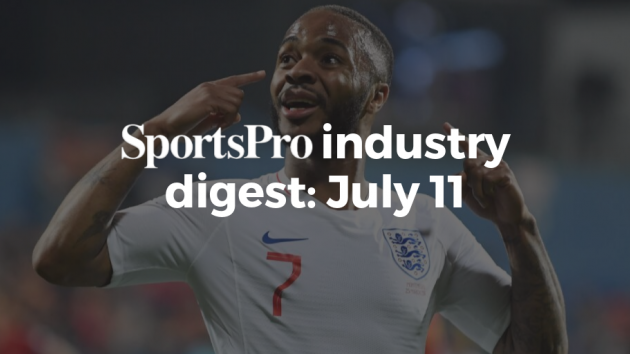 As part of the deal, Fanatics will also be able to produce officially licensed Uefa competition merchandise at its major tournaments, giving fans access to a range of products as their country progresses through a tournament.

Guy-Laurent Epstein, Uefa marketing director, said: “We are excited about the opportunity to work with Fanatics, a company that is known for its innovation within the field of sports merchandising. We believe that this partnership will continue to enhance the experience for fans attending our national team football events.”

Steve Davis, international president at Fanatics, added: “For the first time, Uefa Euro will be played across 12 nations simultaneously, meaning the operation of the tournament is incredibly complex. Fanatics’ capabilities across the region, our experience at running tournament merchandise at major events and our partnerships with brands and footballing bodies mean we are the perfect partner for Uefa.”

Premier League soccer club Southampton have extended their partnership with Utilita, which continues as the club’s official energy and utilities partner.

Betano has been unveiled as the new shirt sponsor of Portuguese top-flight club SC Braga, having agreed a three-year deal.

Glengoyne whiskey will sponsor the Scottish Open for the second consecutive year, with the deal including pouring rights at all bars and hospitality spaces on the course throughout the four-day golf tournament.

The Ironman endurance series has signed a two-year partnership with car rental brand Avis, which includes discounts for its athletes across Europe.

Pro14 Welsh rugby union club Cardiff Blues will be sponsored by the Indigo Group, the contracting services, umbrella and payroll outsourcing company, for the 2019/20 season.

Betdaq’s holding company, GVC, will donate its front of shirt sponsorship of second-tier English soccer club Charlton Athletic to their charity partner Children with Cancer UK for the 2019/20 season.

The Oceania Football Confederation (OFC), the region’s soccer governing body, has been ordered to pay NZ$412,000 (US$274,000) to a contractor that worked on its Auckland-based Home of Football project or it will be threatened with liquidation.

Scottish soccer club Hibernian have extended their ticketing partnership with Ticketmaster, with supporters able to access mobile ticketing and use an enhanced seating map when selecting seats online.

The 17th edition of Basketball Without Borders Africa will be held from 28th to 31st July in Senegal at the NBA Academy Africa in Saly and at the Dakar Arena in the capital city.

Your guide to cycling in Toronto and buying a bike for...