Home OUTDOOR Why decarbonising marine transportation might not be smooth sailing

If the shipping industry is serious about cutting emissions, it needs to be bold and encourage a clean fuel revolution, writes Tony Robert Walker, assistant professor, Dalhousie University.

About 60,000 merchant ships sail the world’s oceans, including container ships, oil tankers and dry bulk carriers loaded with everything from grain to coal. Most operate on carbon-rich fuels such as heavy diesel, and their emissions have negative environmental impacts, are harmful to human health and contribute to global warming.

Last year, the International Maritime Organization (IMO), a UN agency that is responsible for environmental impacts of ships, adopted ambitious targets to reduce greenhouse gas (GHG) emissions from maritime shipping. The IMO plan regulates carbon dioxide emissions from ships and requires shipping companies to halve their GHG emissions, based on 2008 levels by 2050.

Officials from the marine environmental protection committee of the IMO met in London this week to discuss the shipping sector’s contribution to climate change. Establishing resolutions to reaffirm existing commitments and frames of reference for a fourth IMO GHG study was high on the agenda.

But decarbonising maritime transportation represents a major challenge that will require a revolutionary shift to alternative renewable fuels.

Demand for shipping expected to increase

Shipping accounts for about 3% of global GHG emissions, producing roughly the same amount as Germany or Brazil do annually. Shipping emissions are not covered under the Paris climate agreement because they cannot be credited to any one nation.

Maritime shipping is far more efficient than shipping by truck, rail or air, and is responsible for moving more than 80% of traded goods (by weight) worth billions of dollars daily. Demand for shipping is growing rapidly and could produce as much as 17 per cent of global emissions by 2050, if not mitigated. In order to meet the goals of the Paris agreement, shipping emissions need to be regulated.

Slow-steaming not the way ahead

The shipping industry is already struggling to adapt to the IMO goals. Low- or zero-carbon propulsion technologies are not widely available. The rapidly approaching deadline for implementing short-term emissions reduction measures has led shipping companies to change the way ships are operated, such as by reducing ship speeds, also called ‘slow-steaming’.

Slow-steaming is the most effective way to reduce greenhouse gas emissions from ships in the short-term, but it is hardly an emissions silver bullet. Slow-steaming significantly reduces fuel consumption, but the longer voyage times lead to higher operating costs, insurance and employment expenses that come with operating a greater number of ships at any given time. 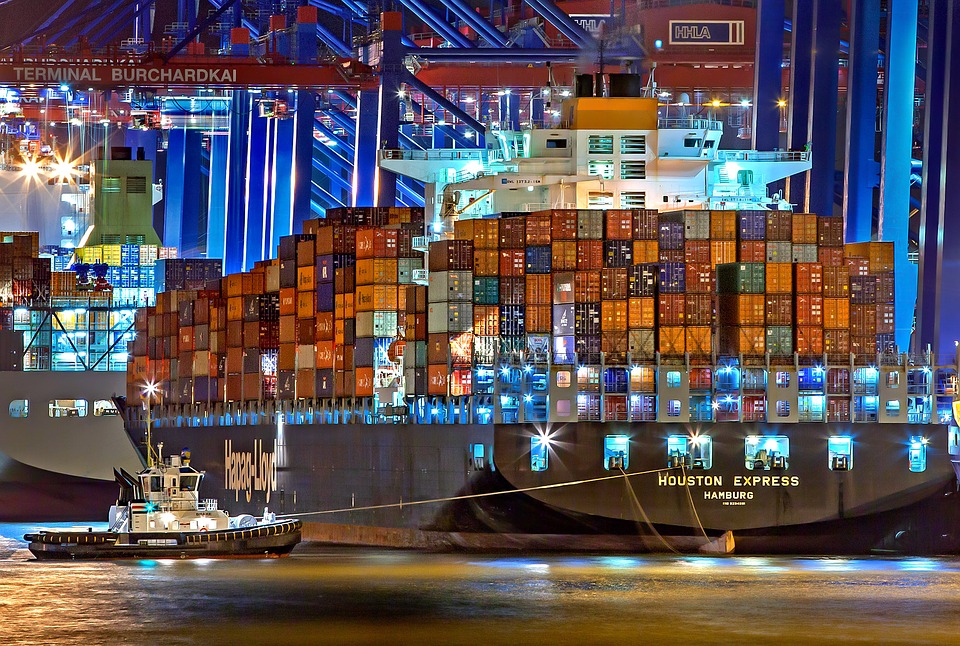 Currently, most of the global shipping fleet, about 60,000 vessels, relies on diesel — only 600 ships use alternative fuels. The sector clearly needs to accelerate the adoption of low-carbon fuels.

Unlike conventional fuels such as heavy fuel oil and diesel used in maritime shipping, LNG produces 15 per cent to 29 per cent less carbon dioxide. It also produces less sulphur oxides, particulate matter and nitrogen oxide, which reduces air pollution and the threat to human health.

By 2030, 10% of the global shipping fleet will be powered by LNG. However, switching to LNG combustion does not come without risks. The extraction, processing and transport of natural gas produces leaks and greenhouse gas emissions, and LNG is carbon-based, making it a transitional fuel.

Switching the rest of the global fleet to other low-carbon fuel alternatives will be driven by market-based strategies, such as taxes or levies on heavy fuel oil and diesel. However, there is still a long way to go to meet 2050 targets.

Emerging economies are also playing a role in reducing emissions in the maritime shipping industry. China, for example, has implemented widespread onshore charging stations and will have 500 shore power units installed by 2020 to allow ships to turn off their engines and use local electricity to power refrigeration, lights and other equipment when docked. This is particularly effective at reducing greenhouse gas emissions when powered by renewables. The country has also launched local incentive programs to encourage the shipping industry to increase its use of renewables.

There is no one single silver bullet to help reduce greenhouse gas emissions from maritime shipping. Achieving IMO GHG emission reductions targets will require all stakeholders, including ship owners, ship builders, governments, industry and researchers, to help the maritime shipping industry transition into widespread use of multiple renewable-fuel technologies.

As the maritime shipping industry faces increasing challenges to reduce environmental impacts such as underwater noise, ship-strikes on whales and ballast water and air pollution, these IMO GHG emissions reduction targets will be one more regulatory hurdle to wrestle with.

Although 2050 is still 30 years away, the average operational life of a ship is roughly the same, so we still have a long way to go. We need to phase out existing fleets which would fail to meet 2050 IMOs standards and replace with new ships powered by low-carbon fuels as quickly as possible.

It may not be smooth sailing, but the maritime shipping sector needs to stay on course by accelerating adoption of low-carbon fuels.

This article is republished from The Conversation under a Creative Commons license. Read the original article here.