JURGEN KLOPP accused Neymar of diving as his team suffered a third successive Euro away defeat.

Liverpool must beat Napoli with either a 1-0 scoreline – or by two clear goals – to reach the knockout stages.

Goals from Juan Bernat and Kylian Mpbappe put the French side ahead before James Milner pulled one back from the penalty spot.

Furious Klopp, who believes Neymar kept trying to win free-kicks, said: “It was clever of PSG, Neymar — especially him — but a lot of players went down as if it was really serious.

“You act like you die and the next moment you get up. It could be a yellow card. You could do that. Everybody’s going down, it’s not football anymore

“But I don’t want to say ‘Paris didn’t deserve it.’ We were not calm enough … Our decision making was not good enough.

“We scored once and then it was clear they would struggle as they couldn’t have that intensity in the second half. We tried everything.

“A little hurdle was the 500,000 interruptions in the second half and the referee still thinks he did everything right. We are the fairest team in England but tonight we looked like butchers. They were always down and it looked like we used elbows. It was smart if you want, the ref let that happen.

“You can lose in Paris, but it still feels a bit rubbish and we have to use Anfield one more time. We are calling Anfield right now.”

Midfielder Jordan Henderson, suspended for Sunday’s derby with Everton, said: “I am disappointed because we feel we’re good enough to come here and win. It wasn’t our night but we kept going until the end.

“It gave us a boost to get the goal before half-time but we kept going and fighting and now we’ve got to keep it in our own hands by winning at Anfield.

“We didn’t start well and they started quickly so that disappointing. If you don’t start at 100 per cent, you get punished in the Champions League.”

PSG boss Thomas Tuchel said: “It was important to show we could fight against Liverpool. We defended incredibly well.” 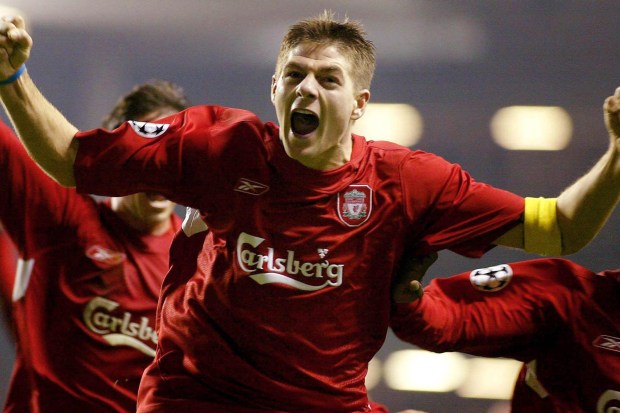 LIVERPOOL must do exactly what they did against Olympiakos in 2004 when they take on Napoli at Anfield in two weeks.

The Reds’ 2-1 defeat at PSG means they are in serious danger of going out on head-to-head record and must now win either 1-0, or by two clear goals to progress.

Lorenzo Insigne’s last gasp winner in Naples against Jurgen Klopp’s men could end up being crucial with away goals taken into account should two or more teams end up level on points.

But click here to find out why it is not such a daunting task for the Reds.

Kai Warner has taken the men’s division in the Great Lakes...