For the 16th time, the promotion now known as the Southwest MMA Series will be at Buffalo Thunder Resort & Casino; holding their 29th event.

The event is set for September 2 and the 11 fight card currently has three professional  bouts with eight on the amateur side.

An official main event has not been named to this point. The first pro fight announced will see the debut of Santa Fe native Josiah Reyes against Jesse “The Tornado” Tafoya, who has a three pro fights under his belt. The two have fought for the promotion a combined seven times. Reyes went 4-1 as an amateur finishing three of his four victories. Tafoya has his lone professional win by submission and has won his last two Jiu Jitsu super fights by submission.

Coming off a decision win in his pro debut at LFA 58, Jalin Fuller from Lutrell/Yee MMA, will welcome 10th Planet Purple belt, Kemoy Anderson to the pro ranks; after an eight-fight amateur run.

Plus, Ali “The Silent Assassin” Omar looks to make it back to back win when he faces all action fighter Joe Reyes.

On the amateur side of the card at 115 lbs., Esai Dimas steps into the cage for the first time to face David Hudson, who scored his first MMA win back on August 31; a decision over Richard Villegas at Southwest Brawl 10.

At Heavyweight, unbeaten El Paso native, Pedro Ingram faces Mario Moore; who picked up his first win at Southwest MMA Series 28, in a back and forth scrap.

In an all Albuquerque battle, unbeaten, Caleb Gunter takes on Daniel Kartushyn, a three-fight vet.

Aaron Taylor, a five-fight vet and former high school wrestler, tangles with Isiah Torres, who has all his wins by stoppage.

Andre Mitchell steps into the cage for the eight time to meet Derrick Pringle, who has his wins by rear naked choke.

And finally, Santa Fe’s own Korey Windham steps into the cage for the first time to face, Sooner, Baltazar Austin Loza; who has three MMA bouts under his belt. 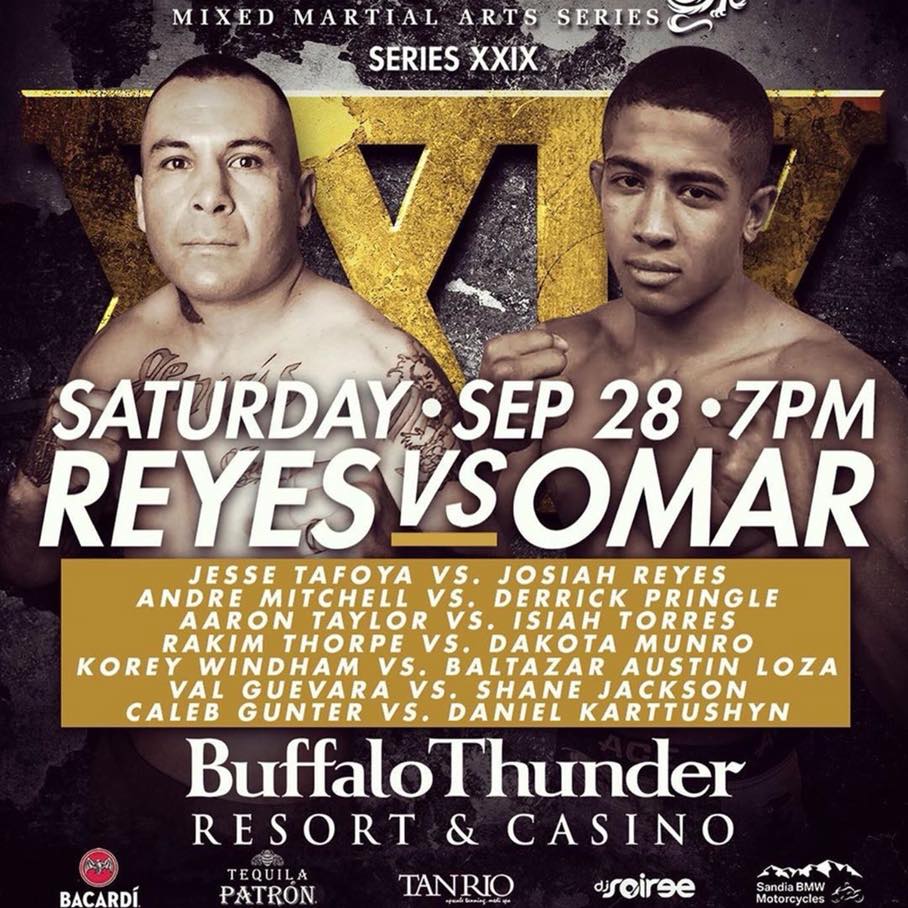 How CBD Got Into The World Of Mixed Martial Arts (MMA)