Compared to many cars, these are a mechanic’s dream,” says Pani Tsouris as we both peer past the dazzling gold heat protection and highly polished titanium exhausts to the vast V12 nestling deep in the engine bay.

“Everything has been properly thought through. The fuses are easy to access, all the fluid reservoirs are bundled together in the nose, and there’s space – you can get to all 12 spark plugs and the air and oil filters.” 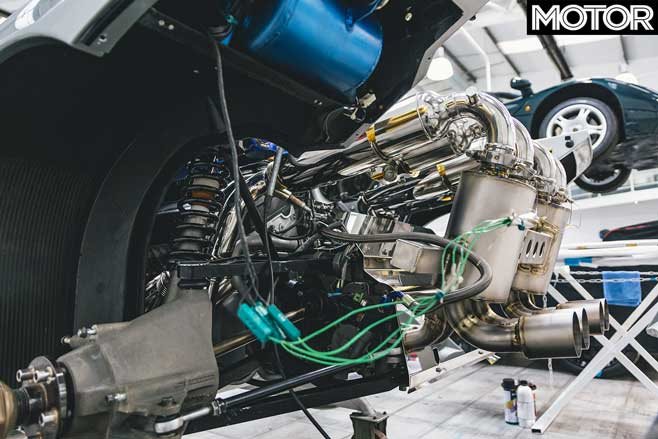 This was not what I was expecting to hear. I was prepared instead for tales of the McLaren F1 being a proper prima donna, requiring a tortuous service schedule, and a technician with double-jointed wrists and an ability to see through steel. However, if anyone can set me straight, it’s Tsouris.

He’s lead F1 technician at the McLaren Special Operations (MSO) Heritage division, and he’s been working on the iconic supercars for more than 15 years, here at a large, nondescript warehouse on an industrial estate in Woking, Surrey, UK.

This is where most owners bring their cars to be worked on. There is a ‘flying spanners’ service that will send a mechanic to a car anywhere in the world, but increasingly those who run the cars want them to go ‘home’ for a check-up, or even a full restoration. And it’s not hard to see why when you step inside. 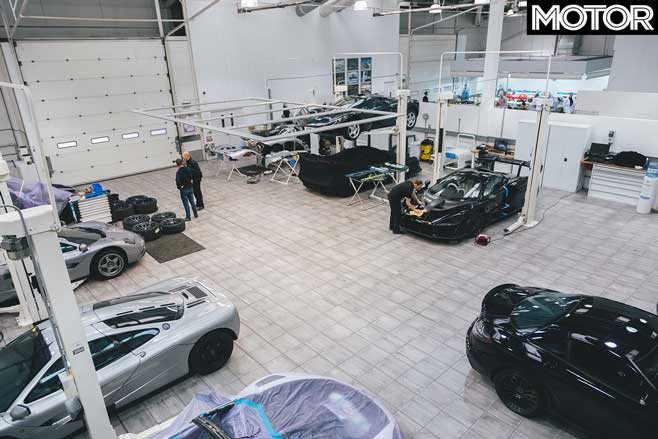 On the day we visit the immaculately kept workshop, there are five F1s on the ramps, including a road-registered 1996 F1 GTR in Fina colours with period factory racing driver Steve Soper’s name on the door.

So just what does it take to keep an F1 running? Over to Heritage manager Thomas Reinhold, a man with a head so full of McLaren facts it’s surprising there’s room left for much else. 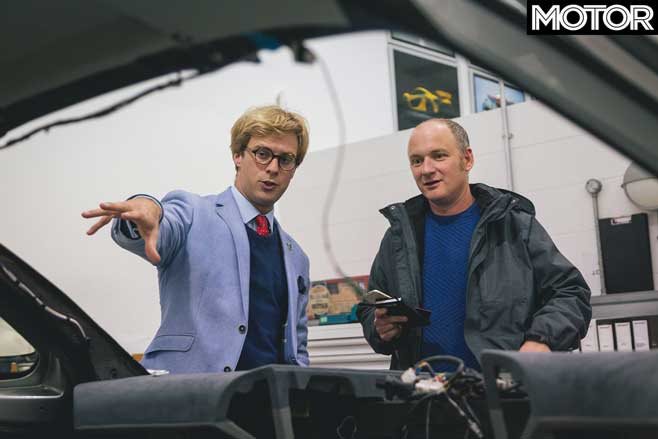 “When it was new, the normal service intervals were nine and 18 months,” he explains. “But these days we tend to see a car once a year or so.”

Before any spanners are laid on the car, Tsouris or one of his team give every F1 a thorough safety check and lengthy test drive, including a run at the Millbrook proving ground, from which is generated a detailed report, some of it downloaded from an archaic 1990s Compaq laptop that plugs into one of the F1’s three electronic brains, which are fairly simple by today’s standards.

In terms of routine maintenance, the F1 is in many respects fairly straightforward. As you’d expect, every car gets its fluids and filters changed as a matter of course, while there are some ‘lifed’ items that need replacing at set intervals: the fuel cell is renewed every five years, while dampers are swapped out after 10. 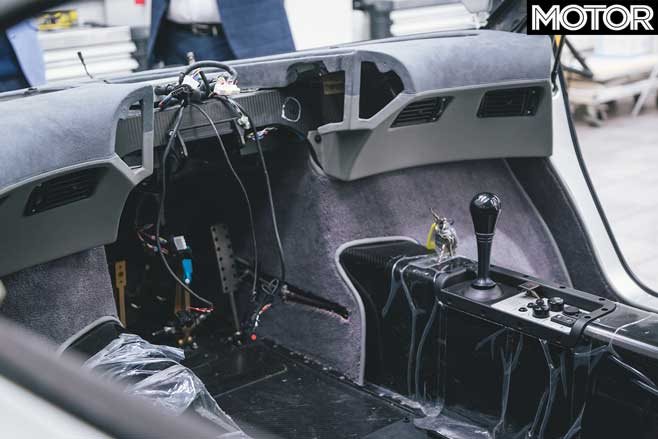 Some items such as the spark plugs and their coil packs give virtually no trouble, needing little more than an inspection. Pads and discs are also checked, but wear rates are good and most cars don’t do enough miles to demand frequent replacements. The car’s carbonfibre structure is also checked but, apart from accident damage, there have so far been no reported issues.

Some tasks are trickier than others, though, as Tsouris reveals: “Replacing the gold heat shield is fiddly and time-consuming. To do a whole car takes around two weeks.” 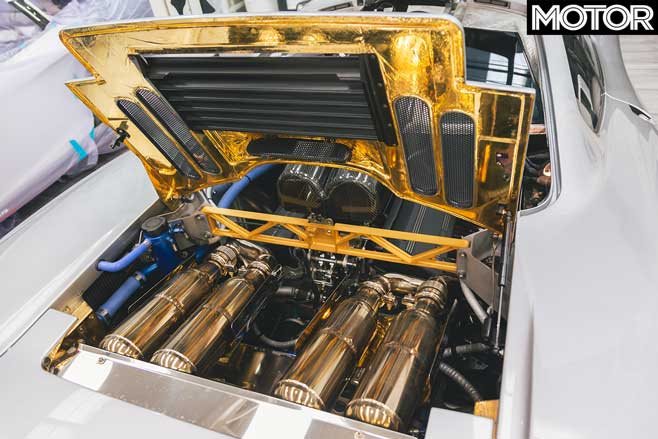 And the best job? “The phone call or email from the owner when they get the car back and want to tell you how well it’s going after the service. That’s the buzz.” Then he pauses and smiles, before adding: “And the driving.”

Of all the service procedures on a McLaren F1, arguably the most involved is replacement of the fuel cell, which is required every five years. Opposite is a full rundown of the process, including the hours required for each job. As you can see, while the car is ostensibly in for the cell change, McLaren’s technicians do a lot more to the car to ensure it leaves the workshop as the factory intended. 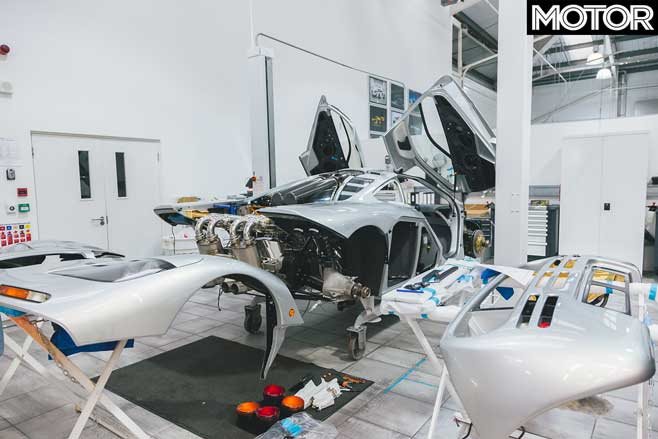 Of course, while the engine’s out it’s sometimes also worth replacing the gold foil heat shield, which can take anything between 16 and 18 hours. It all adds up, but as Tsouris explains, you can’t rush an F1: “It’s a car you engage with. Nothing is too difficult, but you can’t do things quickly. Cutting corners is a no-no. The set hours for each job are built up over 25 years of experience and need to be stuck to.” 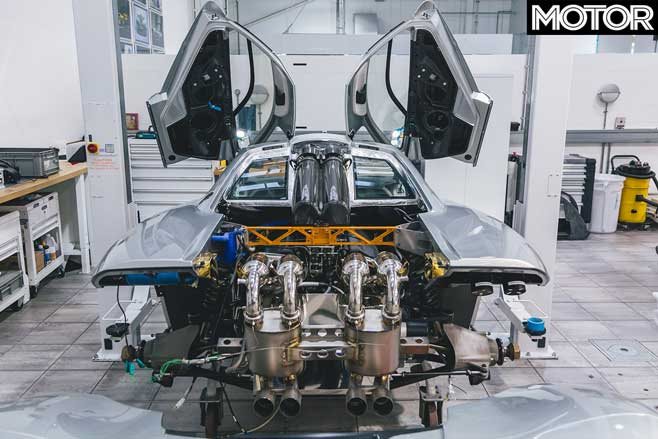 Get the latest performance car news and reviews, subscribe to MOTOR’s newsletter