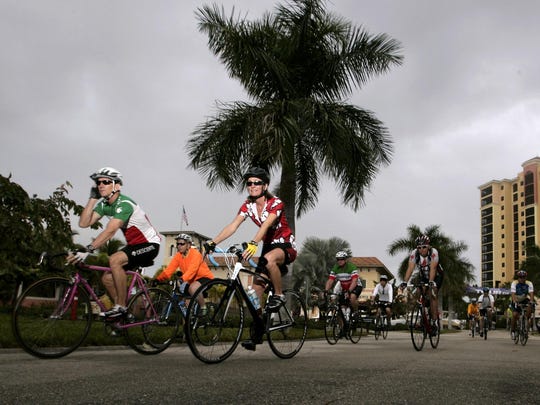 Cape Coral’s answer to a meaningful sporting event – part competitive and part recreational fun with a national awareness – occurs Jan. 18-19 with the staging of the 29th Tour De Cape.

The recreational fun event – taken more seriously by some cyclists who are always competitive – include the Sunday morning bike rides, ranging from 15, 31, 62 and 100 miles throughout the northwest and southwest regions of Cape Coral.

More: BackStreets in Cape Coral is right on target with darts

Both events attract large numbers, both local recreational enthusiasts and winter visitors – five women from Lilienthal, Germany, ran in the 5K a year ago – in addition to runners and cyclists from eight states.

Minnesota native Mark Burgeson, 64, of Cape Coral, daily cyclist and an avid rollerblade athlete along with wife Barb,said the Tour De Cape cycling is not your normal ride.

“You have all the main streets blocked off and the police leading the lead group of cyclists in their tour, not the normal ride for a cyclist,” Burgeson said. “The city does a nice job and personally my attention now is focused on cycling. I only do some blading in the summer back in Minnesota. We hang in the lead group of 30 milers and I like to think that is being strong, if not winning,” said Burgeson. He finished in one hour and 29 minutes last year. 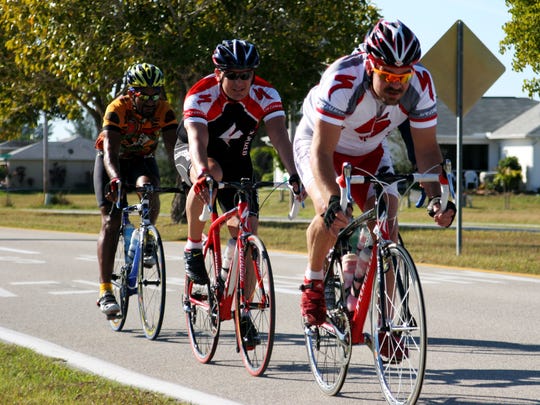 “The riders in the lead group are very competitive and we all always know who the winner would be and that’s fun,” he said.

The cycling was postponed a week in 2019 because of a heavy rain forecast and then the morning of the ride the cyclists were welcomed with 20 mph wind gusts and temperatures in the 50s. The 2020 forecast is predicting normal seasonal weather.

“Being chilly was part of it, but the wind is never your friend and the gusts a year ago made it difficult,” Burgeson said.

More: The 2010s: A look back at the biggest stories in Collier, Lee counties

“It was freezing out there last year. I didn’t get warm until I got home,” said Stephanie Harper, 50, of Cape Coral. “It’s great to see so many people out cycling.”

Walt Irmen, 64, finished his fourth Tour a year ago.

“Last year was a challenge because of the wind but it was still enjoyable just like my normal weekend rides of 25-30 miles,” said Irmen, a member of the Caloosa Bicycle Club.

No defending champion returns for the cycling since the event is strictly non-competitive although the Cape Coral Parks & Recreation Department organizers will continue a new twist they added in 2018. A police officer with a radar gun will time cyclists for the final quarter mile.

“The speed zone allows cyclists to see how fast they can go and that was also a fun ending for the many families riding together,” said Todd King, special events director for the department.  “Otherwise, all the elements of the Tour De Cape are the same, including the cycling routes.” 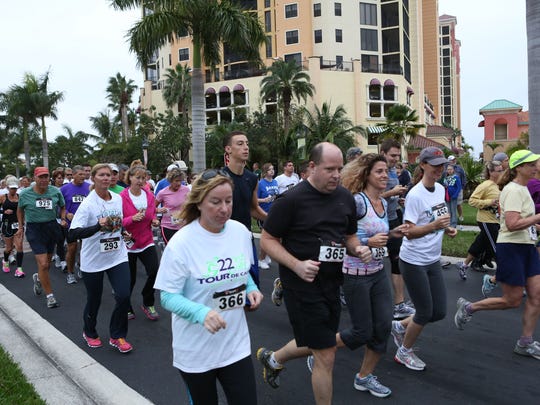